In the wake of George Floyd, millions of people have expressed a desire to build a more harmonious nation. This racial reckoning should involve efforts to come to terms with the historical ills of our nation as well as the continued oppression faced by minoritized communities. An understanding of contemporary challenges facing Black, Indigenous and People of Color involves an understanding of systemic oppression as well as how racism manifests at the interpersonal level. In this scholarly brief, the authors offer racelighting as one mechanism among many (e.g., explicit bias, implicit bias, microaggressions, Racial Battle Fatigue) that must be understood in order to fully account for and address how racial manifests in the daily, lived experiences of BIPOC. The interpersonal experiences of BIPOC are shaped by this widely understood, yet underdefined aspect of interpersonal racism. In this brief we offer racelighting as a framework for understanding the process by which interpersonal racism leads BIPOC to question their own realities and sanity.

We conceptualize “racelighting” as a form of gaslighting affecting the daily, normalized experiences and realities of Black, Indigenous, and People of Color. Racelighting is “the process whereby People of Color question their own thoughts and actions due to systematically delivered racialized messages that make the second guess their own lived experiences [and realities] with racism” (Wood & Harris III, 2021, para. 4). Racial microaggressions are used as a means to racelight people of color. The most common messages reinforce assumptions that BIPOC are criminals, lesser-than, and academically and/or cognitively inferior. When experiencing racelighting, people of color may be led to second guess their experiences, feelings, capabilities, knowledge, decision-making, recollections, and basic humanity. 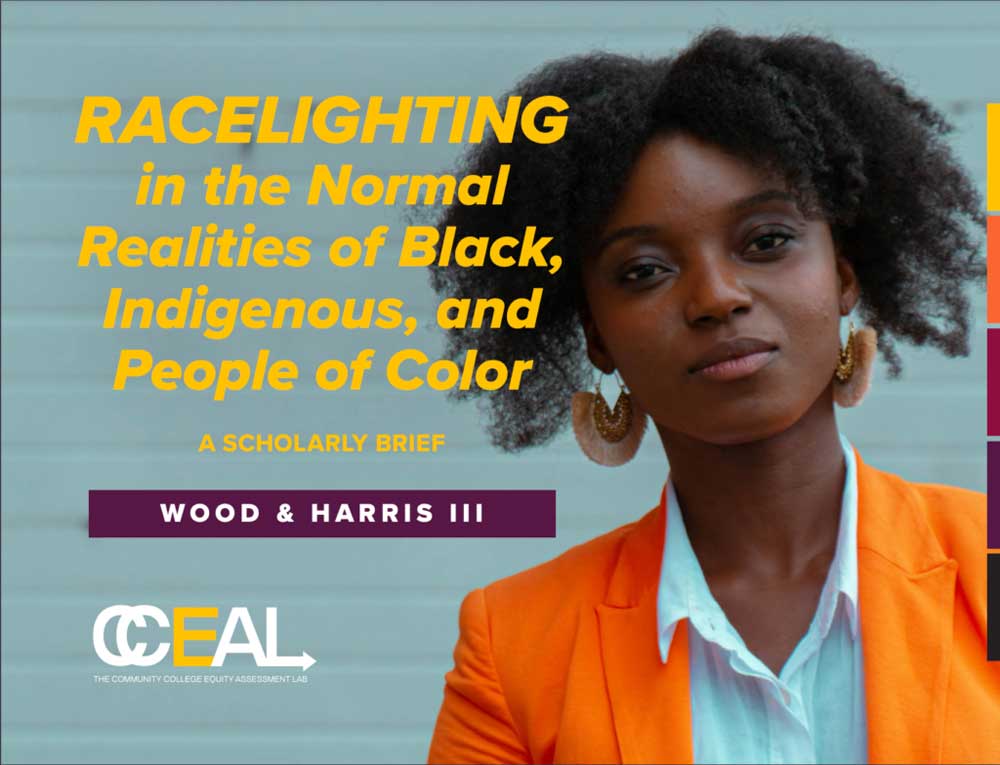 An overview of Racelighting View on TikTok

The Story of Kei (part I) View on TikTok

The Story of Kei (part II) View on TikTok